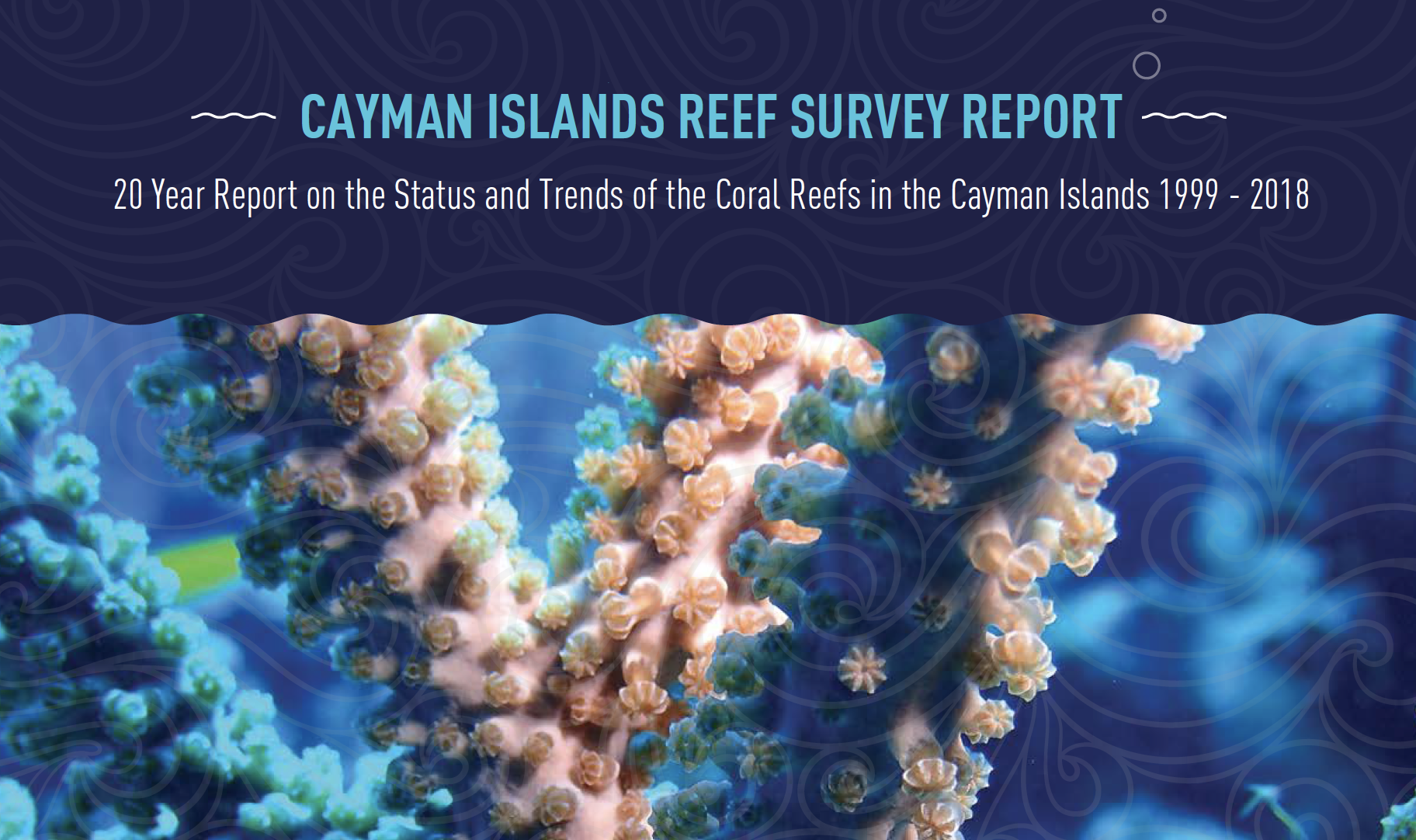 20 Year Report on the Status and Trends of the

Twenty years ago, a team of scientists coordinated by the Central Caribbean Marine Institute conducted their first survey of the reefs around the Cayman Islands (Grand Cayman, Cayman Brac and Little Cayman). They recorded the presence of 37 species of stony corals, 423 species of fish and identified 58 new fish species. Like today, coral cover was highly variably across the region but unlike today, it was excellent (37%) at several sites.

In 2018, researchers revisited the sites to again capture a snapshot of the reefs. They recorded decreased coral cover and size, stability in fish density and size, and increased detrimental macroalgal across the region.  The 20 Year Report on the Status and Trends of the Coral Reefs in the Cayman Islands 1999 – 2018 is prepared for our stakeholders to raise awareness of the importance of increased protection of this critical ecosystem because it is still among the healthiest in the entire Caribbean region.

These results are no surprise, coral reefs have undergone several global stress events since 1999. Therefore, the results should be taken into context and the message is quite clear: the Cayman Islands’ reefs are in fair condition and increased protection is needed for the coral reefs to recover.  Whilst there has been a decline in coral health since 1999, all stakeholders should invest in the future of our coral reefs by supporting their protection and restoration.

We thank an anonymous donor and the Darwin Initiative for making this report possible. The full summary report can be found HERE.