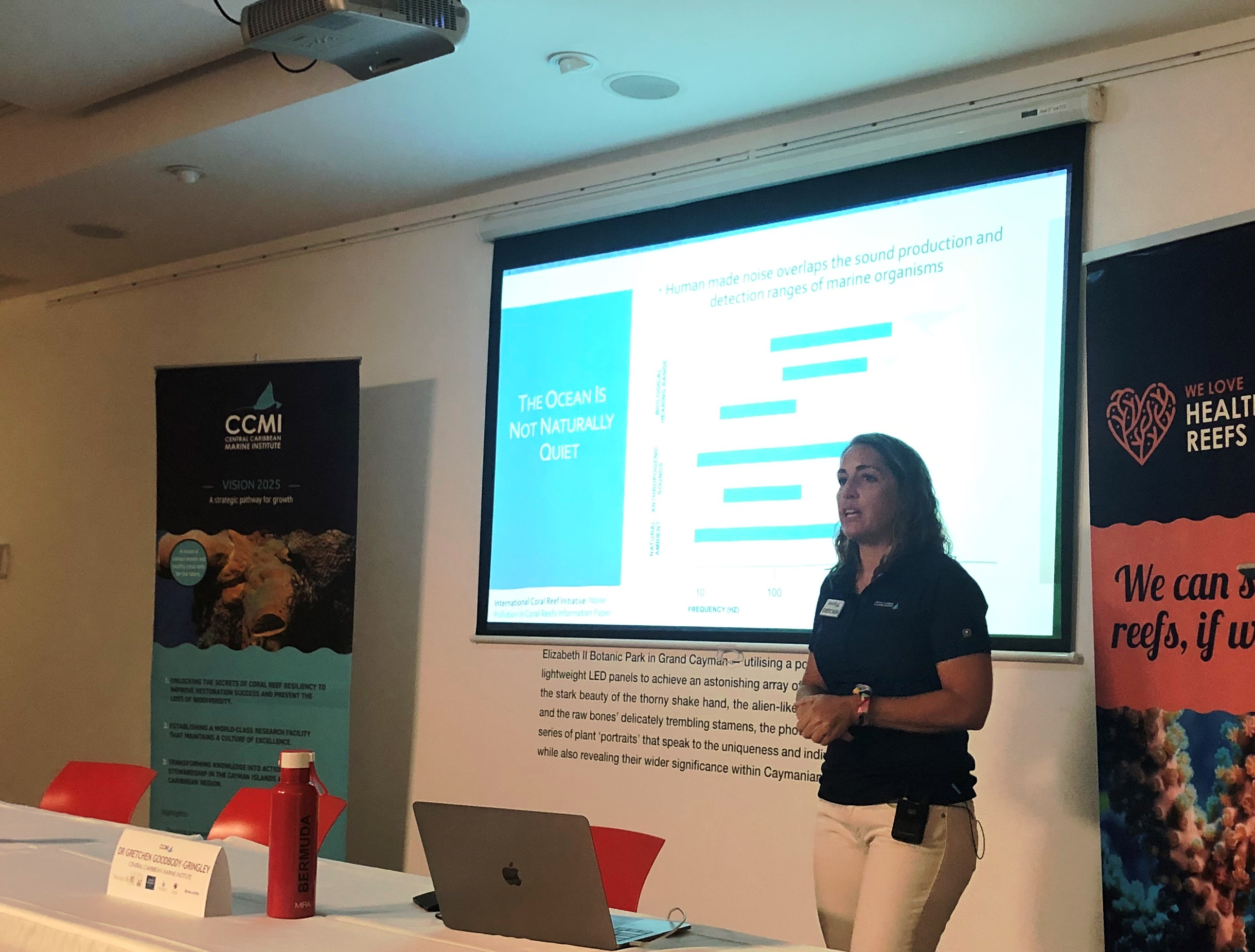 George Town, Cayman Islands; 30th March 2021 – With Cayman’s borders still closed to regular travel, the Central Caribbean Marine Institute (CCMI) took this rare and insightful this opportunity to measure the impacts of “Quiet Oceans” on resident fish populations in Grand Cayman. Dr. Gretchen Goodbody-Gringley, CCMI’S Director of Research, began the study in July 2020, as the local lockdown rules were lifted. The team studied five dive/snorkel tourism sites on Grand Cayman and two sites on Little Cayman. The team surveyed the sites every two months, including last week, and they have since analysed and released the data via two public outreach events.

The hypothesis for the Quiet Oceans study was that there would be an increase in fish density (how many fish we see within a specified area), yet what was not expected was how quickly the fish changed their behaviour due to ceased human activity. The project indicated increased fish density, biomass (number of different species), and a bigger range of fish sizes, including very small to much larger pelagic species, particularly at the highly popular tourism sites in George Town. The research results also showed that the fish responded quickly when, in contrast, increased activity in the George Town harbour during December period began, decreasing density, biomass and the size frequency of the fish populations. Whilst the hypothesis expected the reefs to thrive during these quieter periods of ocean activity, the responsiveness of the marine ecosystem was unexpected.

Dr Goodbody-Gringley gives more detail on why this study is so important: “We know noise in the ocean compromises ability of fish to sense and use sound. Noise pollution can disrupt fish behaviour, how they group and recruit, and it can also impact their physiology. The closed borders in the Cayman Islands provided a unique opportunity to investigate exactly how much impact there is. Luckily, Walkers and the Darwin Plus Initiative provided the Rapid Response grant money to help facilitate this work, which gives us real insight into how noise and activity impacts fish.”

The Quiet Oceans project also indicated that herbivores responded particularly well to this period of inactivity, particularly surgeonfish, jacks, chubs and parrotfish. Herbivores are important to helping maintain coral reef health, as they keep algae under control. The team also reported seeing many more predators such as Nassau groupers, sharks, and rays whilst out doing the surveys, and this was backed up by the raw data. George Town’s reefs not only rebounded swiftly; species richness grew, which is crucial for maintaining the biodiversity of the marine ecosystem. Not only is this fish abundance crucial to the environment, but many of these species, especially grouper and parrotfish, are valued and popular fish with tourists. 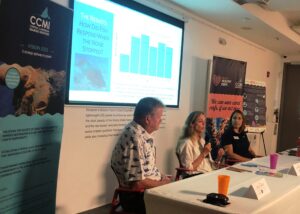 The project indicates that for healthy reef systems, like those in the Cayman Islands, building in ‘breaks’ and limiting human impact could be a crucial management practice. For reefs that are more degraded, stricter policies would be needed to help create the right ocean environment for fish populations to recover. The CCMI team delivered two outreach events to support the release of the projects results, including a Reefs Go Live on Friday 26th March and a webinar on Tuesday 30th March. The team, which included webinar panelists Dr Guy Harvey from the Guy Harvey Ocean Foundation and Catherine Childs from the National Trust, discussed these important findings with a range of stakeholders, including students and tourism partners.

Recordings from both the Reefs Go Live and webinar are available.