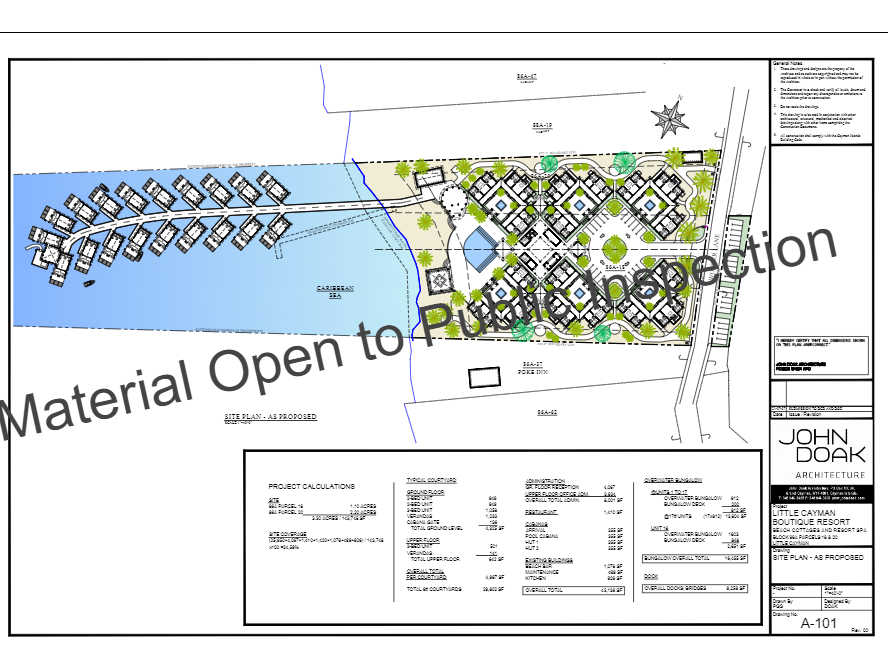 CCMI is a research, education and conservation institution, focusing on sustainable solutions for the coral reef ecosystem in the face of changing climate and decreasing biodiversity. We focus on informing research-based policy at the ecosystem level; therefore, we do not lobby and rarely do we comment on singular development proposals. However, in this instance, we feel the proposed development on Little Cayman has the potential to impact the entire local marine ecosystem. Specifically, there are three main factors that we feel need to be carefully considered:

a) Little Cayman’s coral reefs show positive traits of resiliency over the last 23 years, with continued high coral and fish abundances. However, natural and human-caused impacts to the marine environment have resulted in a shift in composition of the coral community, from reefs dominated by massive boulder corals, such as Orbicella spp., to smaller corals such as Agaricia spp. and Porites spp. This shift has led to a decrease in the average size of individual corals, thereby reducing the structural complexity and integrity of the reef, which in turn, will impact the capacity of the reef to provide many of the important services we depend upon them for, such as storm protection. Shifts in species contributions and colony size indicate that while coral cover remains high, Little Cayman is not immune to human impacts and global climate change. There is limited active climate change protection and mitigation policy in the Cayman Islands – so marine reserve protection is arguably the most pro environmental law(s) in place. Simply, the ecosystem is already under stress from a variety of impacts and in order to sustain biodiversity we must promote protection policies and minimize additional sources of pressure.

b) There is a current Stony Coral Tissue Loss Disease prevalent in Grand Cayman. The likelihood is this aggressive disease, which has a 90% mortality rate in the most important (structural) corals, will arrive in Little Cayman, and adding to increased environmental stress via dredging and construction within this marine protected area could be catastrophic.

To that end, the CCMI management team and the CCMI Board, based on the reporting and evidence in the public domain on this project, believe that the ecological damage that will be inflicted on the marine environment in Little Cayman from the overwater bungalow/dock construction goes against the local environmental marine protection policies and is in direct opposition to the biggest threats facing Little Cayman’s marine systems: climate change, pollution, and increased anthropogenic activity. Sustainable development is imperative throughout the Cayman Islands but especially for Little Cayman, where limited development has proven to result in a healthy marine environment, which is in stark contrast to many islands in the Caribbean.