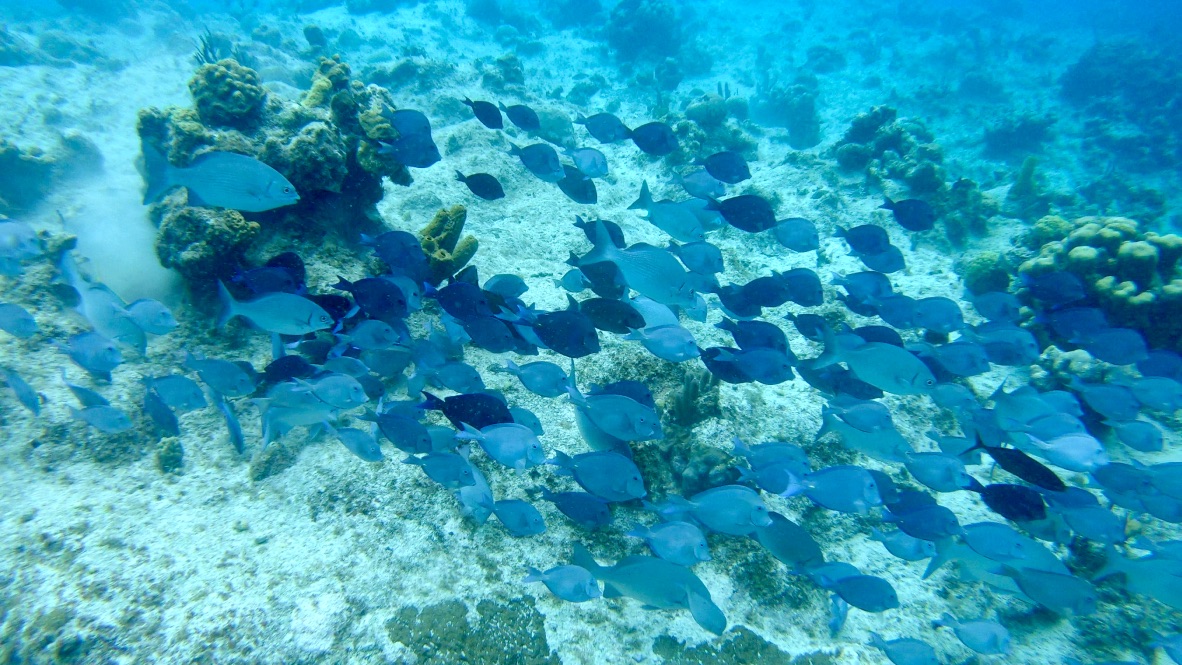 Now that COVID-19 restrictions have been lifted in Grand Cayman to allow scuba diving, CCMI researchers have been conducting coral reef surveys. The ocean has had almost no direct human impact for over 4 months, thus the Quiet Ocean study is looking to track the impact of ocean use by humans as restrictions are eased. We believe the lack of human interaction may have had a positive impact on fish populations in traditionally heavily used areas, such as George Town Harbor. To investigate this, scientists have completed a series of initial fish surveys at 5 sites along the west end, 3 of which are in the harbor and in direct proximity to where the cruise ships anchor. We will compare these populations to data from 2018 when CCMI conducted AGRRA surveys on Grand Cayman (as well as Little Cayman and Cayman Brac), and we will also repeat the surveys every 2-3 months as restrictions begin to ease and impact increases. In this way, we hope to have quantifiable data showing the progression of impact that tourism has on Cayman’s coral reefs, and specifically the local fish populations.