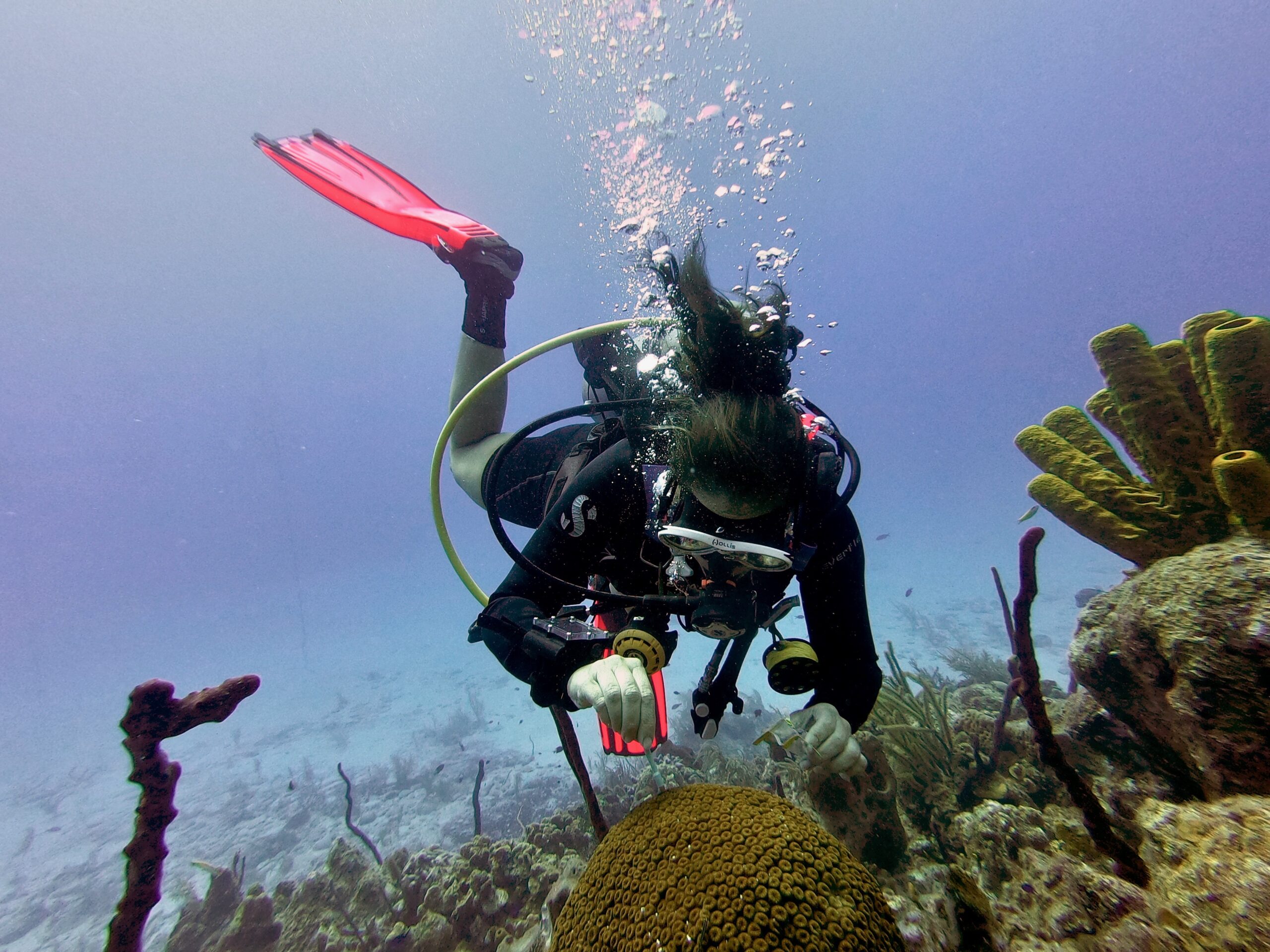 Coral reefs are declining at an unprecedented rate due to bleaching, ocean acidification, and disease, which together pose a significant threat to their very existence. Currently, an estimated 25-30% of reefs worldwide have already been severely degraded, 15% are critically threatened with loss in the next 10-20 years, and another 20% are under threat of loss in the next 20-40 years. For the shallow water reefs of the Caribbean, an overall decline in coral cover of up to 59% has occurred since 1984, the major impetus of which was the outbreak of white band disease that resulted in wide-spread loss of the two acroporid coral species (Aronson and Precht 2001). In 1995, a similar disease, white plague II (WPII) swept through the Caribbean, affecting a variety of coral species. WPII is characterized by a white ring of necrotic tissue that rapidly expands outwards, killing the coral tissue. Presently, WPII is among the most ubiquitous disease in the wider Caribbean, affecting up to 41 scleractinian coral species (Harvell et al. 2007).

In 2014 a new variation of a white plague like disease emerged in Florida, Stony Coral Tissue Loss Disease (SCTLD). SCTLD is characterized by a rapidly expanding white ring of necrotic tissue that radiates outward. Precht et al. (2016) documented extremely high mortality rates for susceptible species, which led to large-scale losses over a short period of time. Importantly, bleaching was not found to be a prerequisite for SCTLD, which differs from previously described white plague II outbreaks that show similar symptoms. In Florida, the main species affected by SCTLD were Eusmilia fastigiata, Dichocoenia stokesii, Meandrina meandrites, Colpophyllia natans, Diploria labyrinthiformis, and Orbicella annularis, with the initial 3 species showing mortality rates approaching 100%. In late June 2020, reports were received of a potential coral disease outbreak on the north side of Grand Cayman, Cayman Islands. The Cayman Islands Government Department of Environment (CIDOE) conducted initial investigations and confirmed the presence of a white plague-like outbreak affecting similar species to the those described in Precht et al. (2016) and include D. stokesii, M. meandrites, E. fastigiata, and Dendrogyra cylindrus. Moreover, the rate of progression was noted to be upwards of 5cm/5days, with mortality of tagged individuals occurring within 10 days of infection, suggesting that the disease outbreak is likely SCTLD. Reports from the affected site indicate that the area of infection is relatively confined, however, given the rate of disease progression and high rates of mortality, the outlook is not positive. As such, the CIDOE and the Central Caribbean Marine Institute (CCMI) are collaborating to develop an island-wide response plan to tackle this new outbreak of SCTLD and are working closely with B. Precht, whose initial observations of this disease set the baseline for early identification of outbreaks occurring across the Caribbean. In order to understand the level of disease prevalence the reef system, we are conducting roving reef surveys around all three Cayman Islands. To determine the pathogens involved, modes of transmission, and potential mechanisms for treatment, we are also collaborating a coral disease expert (Julie Meyer) from the University of Florida to conduct deep sequencing of the associated microbial communities. We are also collaborating on relevant mitigation strategies to ensure the biodiversity of our reef systems is maintained.