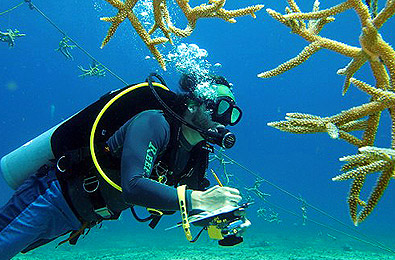 CCMI is a pioneer in the Cayman Islands in coral restoration. In 2012, a pilot study was established to explore the potential for coral nurseries. With results from this work, the Cayman Islands Department of Environment passed new policy and coral nurseries have spread across the islands, with 5 private entities currently growing coral as a result of CCMI’s work in this area.

This project seeks to have a long-term positive impact on the preservation of corals which provide the framework for all coral reefs. As with many coral restoration programmes, the staghorn coral (Acropora cervicornis) is ideal to use, due to its ease of fragmentation and growth, and it’s endangered status. The ultimate goal of coral regeneration is to help nature nurture itself.  To do this, outplanted corals need to establish a viable, locally connected, sexually reproductive population. The more genetically diverse the nursery-reared outplants, the better. When fragments were collected from five parent colonies in 2012, it was unknown if these came from genetically distinct parents or from genetic clones. Fragments were tagged and kept separate from one another within the nursery until genetic analyses could be performed. Recent results from genetic work on an additional 100 corals from across the three Cayman islands by University of Miami scientists (Dr. Diego Lirman and PhD candidate Crawford Drury) has led to a new understanding of the connections of the species across the region. Cayman and Florida corals show the closest relationship and new maps for improving the protection and management of threatened coral species are now in progress. This information will not only help coral nursery managers and stakeholders to select unique donor colonies, but will also assist in guiding future outplant strategies.

Results from the collaborative genetics sampling study were used to create the first map of staghorn coral genetic distribution in the Cayman Islands. Below is the map for Little Cayman, with each yellow dot representing a genetically unique staghorn coral colony. 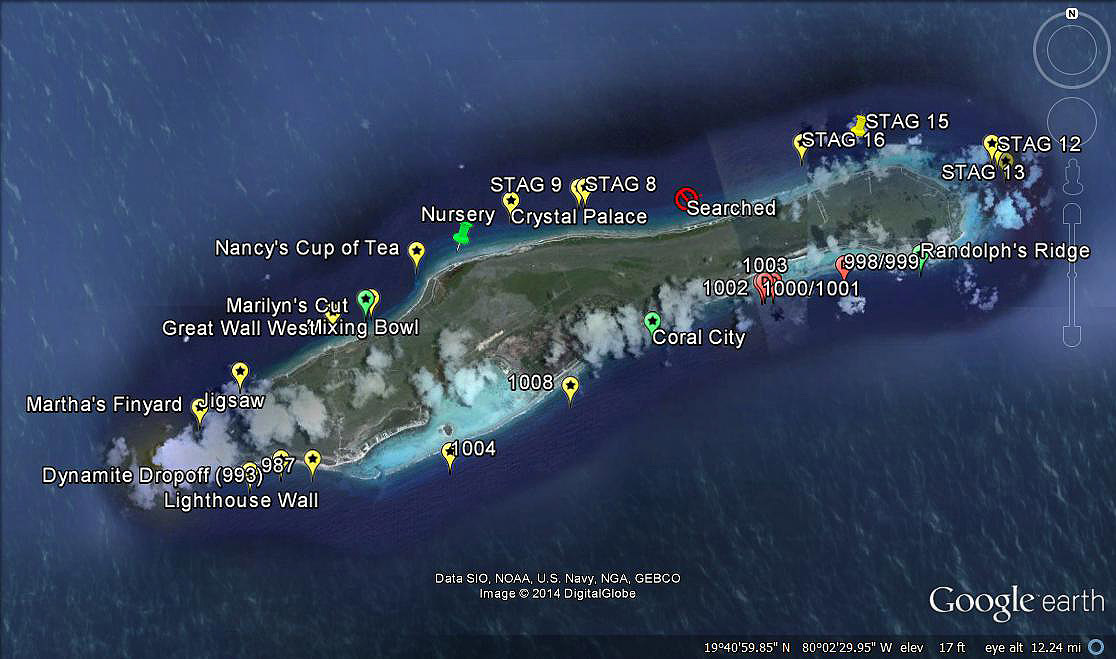 PROPAGATION IN THE NURSERY

CCMI is constantly developing and refining its coral nursery methods and techniques. Major accomplishments between 2012 and 2017 include: 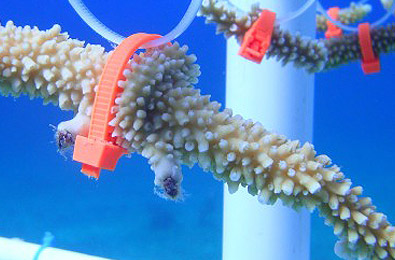 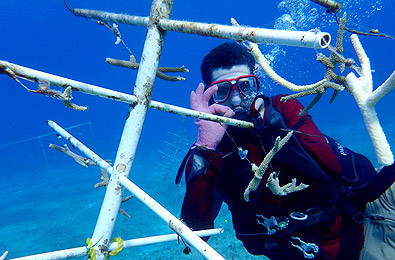 CCMI has already returned 1000+ nursery-reared staghorn corals to the wild at 10 sites around Little Cayman. Each outplanting site is chosen to answer a scientific question and several publications have resulted.  With over 1000 corals of at least 10cm in size (TLE), nursery-reared colonies contributed over 10,000+ cm (100 m) of additional staghorn coral tissue to the wild. Outplanting sites are monitored for at least five years and the success of these sites has been mixed. More work will be conducted in the coming years to understand what makes a successful outplanting site.

Studying outplanting success is an ongoing research effort which includes:

ELKHORN CORAL – THE NEXT NURSERY SPECIES

CCMI is the primary research site for stony coral restoration throughout the Cayman Islands. As we are fine-tuning our work using staghorn coral, we have begun work with elkhorn coral (Acropora palmata), another Evolutionarily Distinct and Globally Endangered (EDGE) species. The goal is to sample 150 elkhorn coral colonies to determine whether they are genetically distinct. 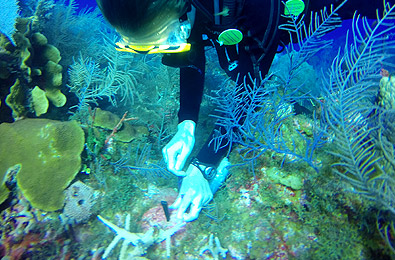 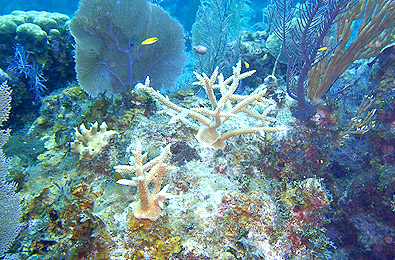 The Little Cayman Nursery is permitted by the Department of Environment, under the auspices of the National Coral Nursery Policy.

This project is sponsored by