CCMI works to protect healthy coral reefs and vibrant oceans for the future. We believe we can save coral reefs for the future, if we act now. Our Healthy Reefs efforts in 2019 and beyond seeks to build engagement throughout the local community – without whose support, the future for corals is uncertain.

With more than 70% of the world’s coral reefs under threat, the now is the time to take action for our reefs. Much of our work is dependent on understanding the health of the reefs. We have lots of exciting plans in place for the Healthy Reefs campaign including:

Join our Healthy Reefs effort! No matter where you are in the world, you can play a part in protecting coral reefs for future generations.

WHAT IS A HEALTHY REEF?

Coral reefs are often referred to as ‘rainforests of the sea’ because of their tremendous diversity of species, vibrant colours and tremendous levels of productivity and interconnectedness. Unfortunately, due to changing environmental conditions and increased human activity near tropical coastlines, once vibrant reefs that teemed with dozens of species of fish are in decline. This is a worldwide occurrence where more than 70% of all coral reefs are under threat, and it is time to help our reefs stabilize and return to a healthy state.

But what does that look like? If a reef was healthy, you would expect to see:

When CCMI first started in 1998, we undertook a three island survey, where scientists conducted a baseline study using the Atlantic & Gulf Rapid Reef Assessment (AGRRA) protocol on the status of Cayman’s coral reefs. We measured and counted fishes, algae and corals to species level, as well as recorded coral health and mortality. Twenty years later, researchers again headed underwater to assess the same sites using the same methods, comparing the results from the two surveys.

Looking back over this time period CCMI is pleased to report that while there is evidence of decline in Cayman’s coral reefs (particularly in Grand Cayman), some of the metrics indicate stability in reef health. For the Sister Islands, coral cover, coral size, fish density and fish size for the most part indicate no significant changes since 1999. Given the concerns regarding increasing sea temperatures and increasing human pressure, it is a relief to see that reef health has not declined significantly between 1999 and 2018. Similarly, the decline in coral disease, particularly on Grand Cayman, is one very positive result of the surveys; corals appear healthier despite the various disease epidemics that have affected the region recently.

WHY SHOULD I CARE?

In the Cayman Islands, coral reefs are not only beautiful, but they provide a lot of value and support for our islands.

HOW CAN I HELP?

No matter where you are in the world, you can help support and take action for healthy coral reefs!

IN THE CAYMAN ISLANDS

In 2018, CCMI started something. We got people involved in learning about and taking action for coral reefs during the third International Year of the Reef! Based on the high level of interest in events and experiences offered by CCMI, we are motivated to continue outreach opportunities across the Cayman Islands. We hope you will join us in promoting Healthy Reefs!

Dr. Anya Brown, collaborative scientist from the University of Florida

Healthy corals are critical for sustaining reefs. Corals are in a tightly coupled relationship between bacteria (like in your gut!), microscopic algae, and the coral animal itself. This seminar will focus on trade-offs between types of coral growth, a coral disease outbreak, and what clues the microbes on corals tell us about their health.

Dr. Anya Brown recently received her PhD from the Odum School of Ecology at the University of Georgia. Her dissertation, titled ‘Trait-mediated effects and the extended phenotype: community interactions on coral reefs’ focused on corals, algae and bizarre, stationary, mucus-net producing snails called vermetids. Her interest in marine ecology began early; in college she studied marine biology at Brown University. Her research has taken her to Massachusetts, Maine, Georgia, California and French Polynesia. Following her undergraduate programme she completed a Master of Science at Cal State University, Northridge. She conducted both her master’s and PhD research in Moorea, French Polynesia. Dr. Brown is currently in the Ewel Postdoctoral Fellowship Program in Ecology and Environmental Science.

This event is free and open to everyone. We invite you to join CCMI for the first in our 2020 Reef Lecture Series events. Please reserve your space in this session by booking your FREE ticket to the event HERE.

An underwater adventure to Gardens of the Queen coral reefs

This talk will take you on an underwater adventure to the pristine coral reefs of Gardens of the Queen in southern Cuba. Learn about the unprecedented partnership between U.S. and Cuban scientists that studied these reefs and how we combined resources and training from our respective countries to present a holistic and technologically innovative view into this ‘crown jewel’ reef system of the northern Caribbean.

About the speaker:
Dr. Amy Apprill leads the Microbial Ecology for Ocean Conservation research laboratory at the Woods Hole Oceanographic Institution. Her research examines the contribution of microorganisms to the health and ecology of sensitive animals and ecosystems of the ocean. Examples of her research include using drones to examine the upper respiratory microbiome of large whales and founding a U.S.-Cuban collaborative study of microbial biodiversity on pristine Cuban coral reefs. Her lab partners with communication professionals to convey this science to public audiences.  Dr. Apprill received a B.A. from the University of San Diego and M.S. and Ph.D. degrees from the University of Hawaii.

This event is free and open to everyone. We invite you to join CCMI for the events in our 2020 Reef Lecture Series events. Please reserve your space in this session by booking your FREE ticket to the event HERE.

Tremendous thanks for those who are partnering with the Healthy Reef campaign: 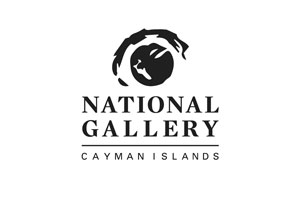 TEAM UP WITH CCMI